A wealth of insights about change management. 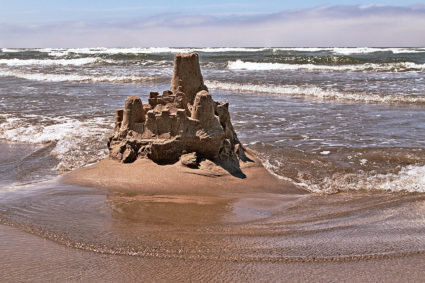 The rate and impact of the change we’re living through is unprecedented, the loss is unquantifiable, and the way out is beyond messy. And yet, at a macro level, the fundamentals of organizations remain the same.

ChangeFlow has many beginnings, it’s sort of the brand, but all of them happened on the eve of the global financial crisis. In 2006 I already believed that the modern workplace was dead: the contract between employer and employee that we grew up with—you work for us, we take care of you for life—was already gone. And ways of working had shifted so irrevocably, but still out of step with how life was evolving outside the walls of organizations.

And so, that recession itself—and it’s impact—was deeply inconvenient but not all that surprising.

I developed the ChangeFlow consultancy on the notion that there had always been and will always be work in between. Usually, but especially in times of crisis, organizations over-rely on job descriptions, org charts, functions, formal responsibilities, silos to see them through. But the real stuff that drives people to hold organizations together? That’s in between those formal spaces. And that’s my realm—the spaces between.

My first client—but with so many beginnings, there are a few first clients…But my first client was a not-for-profit. It was essentially a franchise of a well-known entity. And considering what was going on with the economy at the time, they wanted help with their strategic plan. Strategic planning is usually not the most exciting work. But I saw an opportunity to change the game.

In grad school one of my favorite professors had drilled a new approach to strategy. Why go through a long, boring, drawn out process, to produce a thick, wordy document that nobody would ever read, and that would no doubt be irrelevant before the ink dried?

The world was moving so fast, the headlines were all over the place, people were losing jobs and homes and scrambling for survival and fighting for normalcy. Now seemed like the perfect time to let go of old paradigms and try something different. To let go of the traditional planning approach and instead try living strategy as a verb. What sense did it make to drive for strategy to be timebound and fixed, when nothing else was?

What if instead of trying to predict the future from an isolated point in time, and a stressful one at that, leadership continually checked their assumptions and used as-close-to-real-time data as possible to sketch out scenarios and high-level indicators, and then plan loose for what to do if those scenarios were triggered?

What if strategy was expressed so simply and briefly that every employee could read it, internalize it, and act on it? What if, with a thorough understanding of the organization’s priorities, employees could be developed and empowered to organize their work, create value, innovate, make decisions, mostly on their own?

In consultant-speak: what about scenario planning and strategic intent instead of strategic planning, and going for self-organizing, agile structures?

Things are much the same this go round, in the age of COVID-19. And yet it’s different. Everything is hyper-fluid. Globally we’re waiting for government announcements to tell us what life is going to be like week to week. The rate and impact of the change we’re living through is unprecedented, the loss is unquantifiable, and the way out is beyond messy.

And yet, at a macro level, the fundamentals of organizations remain the same. Humans will continue to affiliate, and organizations are a crucial forum for this. Organizations will still need to be concerned with evergreen issues, such as strategy, culture, effectiveness, sustainability, innovation, productivity, their relationship to the environment, and impact on society (are we a force for good, or evil?).

Over the weeks, there’s been a relentless wave of promotions from self-proclaimed experts who purport to know exactly what the world will look like when this crisis is over. But that’s the wrong focus. It’s speculation. Recovery is not going to look the same across the globe, and it won’t happen all at once. Certain countries, regions, industries will recover faster than others, and in keeping with their cultures. And human behavior itself—and how it plays from the individual right on up to the systems level–is a huge wild card. The world will shift, as it always has. So the question leadership should be asking is not, do we know exactly what to do, but do we have the capability to ask the right questions and the agility to thrive?

ChangeFlow is a catalyst consultancy, working globally to build agile and inclusive organizations. We believe it’s precisely the right time to transform; And it has been all along. Learn more about what and how we work here, and connect with us via LinkedIn and Twitter.

And special thanks to Prof. Christopher G. Worley, co-author of Built to Change.

/%postname%/
#333333
Sort Gallery
http://changeflowconsulting.com/wp-content/themes/yunik-installable
on
no
yes
on
on
off
Your email address
off
off